Well friends, I know it’s been a while, but I’m writing to let you know that I’ve officially made it to the third trimester! You may remember that I had a tear in my placenta at 13 weeks and bled profusely for 8 weeks straight. I was told I had a 50/50 chance. I would either miscarry the baby or the placenta would heal completely with no further complications. As you know, the placenta healed with full bed rest, and I haven’t had any complications since. All the glory goes to God on that one. The truth of the matter is, though, that while I tried to remain upbeat and positive throughout that entire ordeal, it was what can only be described as the darkest time of my life.

Every day I had to count how many pads I soaked through to know if my baby was OK. I truly wouldn’t wish that on my worst enemy. My heart goes out to every woman who has ever lost a baby. You are stronger than I could ever hope to be.

The reason I bring up that period of darkness is because at that point in the pregnancy, there was nothing the doctors could do to help me. The baby was simply not far enough along to make it on her own outside of the womb. For those long, dark 8 weeks the doctors kept telling me, “You just have to get to 28 weeks. You have to try to make it to 28 weeks. If we can keep this baby in until 28 weeks she can be delivered safely with an incredibly high survival rate.” I was 13 weeks pregnant at the time. 28 weeks seemed so far away. Unreachable. Unattainable. 15 weeks away. An eternity.

28 was the magic number, though, and I prayed to God every single minute of every single day that He would get me there. I didn’t ask for anything else. I had never prayed so hard for something in my entire life. I thanked God for every new week of pregnancy I reached. Each week was an important milestone on the journey to that ultimate goal.

Last weekend I got to take this picture:

What a moment! I went to mass and fell on my knees with tears in my eyes. I’m here. I’ve officially made it to 28 weeks and the third trimester. Fortunately, we are in such a great place now and there are no longer any plans to deliver her any time soon. We fully expect her to make it to full term. But still, this was such an important milestone for me. There were so many days I didn’t think I’d get here. I have no one to thank but God for getting me this far.

I also have to give some credit to this little fighter growing inside of me. I am so incredibly in awe of this baby girl. They were worried she wouldn’t make it. They were worried she was getting limited nutrients due to the tear in the placenta. Here we are at 29 weeks and they say she’s in the 97th percentile and measures 3 weeks ahead of schedule. God had bigger and better plans for her, and she worked hard to prove everyone wrong.

I would lying if I said that I don’t still worry like crazy. I worry every day. Every time I go to the bathroom I have anxiety that I’ll see blood again. But I think that’s normal. This has become my new mantra:

With this in mind, I have been doing everything I can to enjoy the pregnancy and embrace the fun moments ever since I got off of bed rest a few months ago. I think we’ve done a good job of that. Here are just a few of my favorite times along the way. 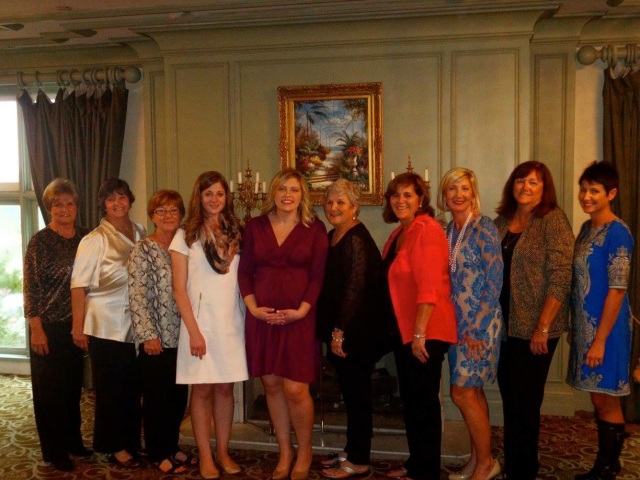 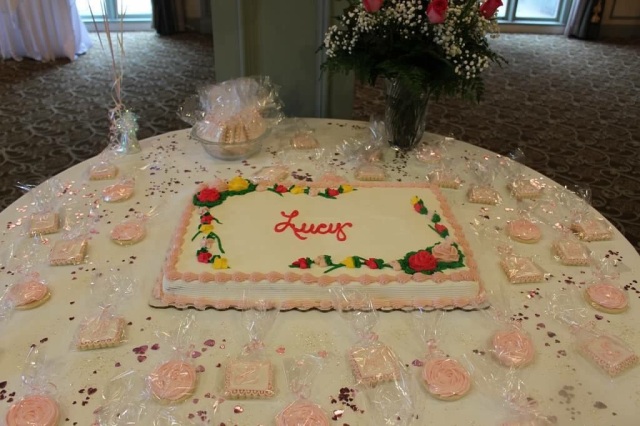 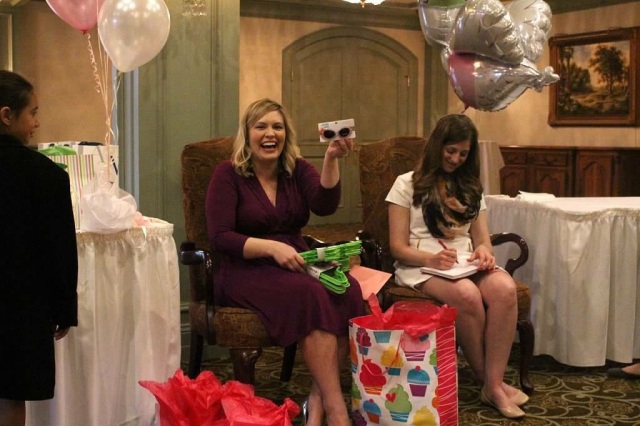 The most special gift I received that day was a teddy bear made out of one of my dad’s old shirts. I don’t think I’ve mentioned this previously on the blog, but my dad passed away 5 years ago. It breaks my heart that he won’t be there the day my baby is born and he won’t be around to watch her grow up. I truly believe, though, that he held her in Heaven and had a hand in sending her down to us. When I was struggling through infertility, a family friend was kneeling in front of the Blessed Mother and had a vision of my dad holding 2 babies. They were my babies and he said he wanted to spend some time with them in Heaven but when he was ready he would send them down to me. I’m not sure where the second baby fits into the story. It might be a child I’m going to have in the future. However, a few months later I finally got pregnant and found out the baby was due on my Dad’s birthday. We tried for so long to have a baby. Of the 365 days in a year, our little girl just happens to be due on my dad’s birthday. You may think it’s just  a coincidence. Maybe it is. I choose to believe that’s another God moment, though. Anyway, I will always treasure this bear. It eases the pain to know that Lucy will be able to snuggle with a little piece of her grandfather. Thank you, Darlene, for this beautiful tribute.

Matt came at the end of the shower to load up the presents, and they even surprised him with a huge coffee mug (he’s going to need it) that says “New Daddy, get ready to have your world rattled.”

Picking out the chandelier!

We had a lot of work ahead of us before we could start her nursery because we had to renovate our entire upstairs. We bought our house 3 years ago and left the upstairs alone to save money. Once we found out we were expecting, we started slowly working on projects up there.

I’m so happy and relieved to say that the renovations are finished and baby girl’s nursery is complete. It came out better than I could have ever imagined. Sometimes I go in there, rock in the glider and just look around imagining how much love and joy is going to fill that room soon.

One of my favorite parts of her nursery is this Shakespeare quote on the wall. After all of the things she has overcome in utero, I think it captures her essence perfectly.

It’s hard to believe that there are only about 10 weeks left  until we get to meet this child who is the answer to our prayers. Her birthday will be here before we know it. I want the time to pass quicker because I just can’t wait to meet her, but I’m trying to also remember to enjoy the journey and soak it all in.

To all of you who are struggling and going through dark times right now, just know that you won’t be in that valley forever. Although the road seems so long and it seems like you’ll never get to that bright light at the end of the tunnel, I promise you will. Keep pushing. Keep praying. I can’t tell you that one day you’ll be the same person you were before it all began. You will be so much stronger than that. You will come out with a renewed sense of faith that God will never bring you to something without bringing you through it. You’ll come out with a new sense of self, and you’ll come out with an even greater respect and appreciation for the happy times. The light always shines the brightest just after the darkness gives way.

Praying to be Mommy

5 thoughts on “I Made it to the Third Trimester!”